The new Midland MXT500 has arrived!

When we first announced the introduction of the Midland MXT400 in 2017, it was met with great excitement, and quickly became a top selling GMRS.. 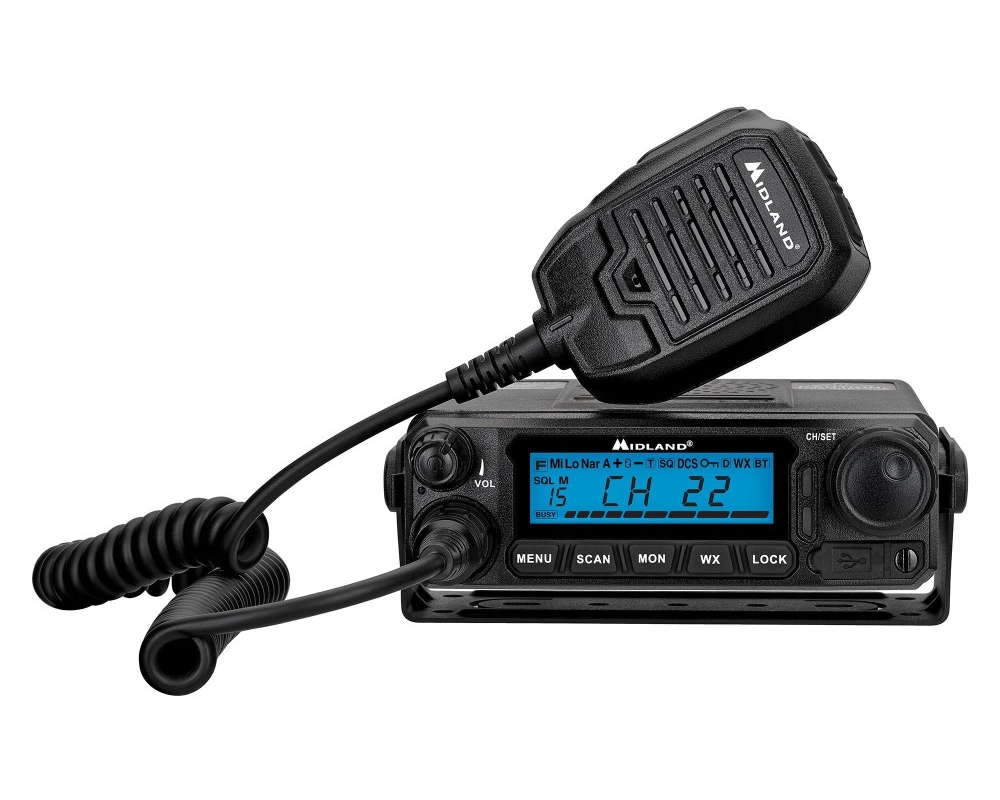 When we first announced the introduction of the Midland MXT400 in 2017, it was met with great excitement, and quickly became a top selling GMRS mobile radio at Buy Two Way Radios. Yet there were a few shortcomings, and many GMRS power users were quick to list them. Taking serious note of this, Midland worked to address them and the rumours swirled of an impending update. Now, the wait is over. The Midland MXT500 is here!

More Power
The MXT500 has many updates and improvements over its predecessor. For starters, it has more transmit power. The MXT400 was touted to max out at 40 watts, the MXT500 boasts up to 50 watts, the maximum for GMRS. This is a bit of a power boost that can make a difference when out in the woods or open range, providing a little more reach, and even more so when coupled with the right antenna. But that's just for starters. 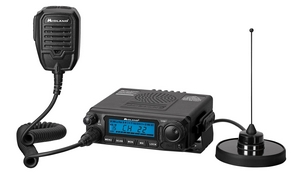 Where the MXT500 really makes a difference is in its new and improved features, and there are quite a few of them. Of course, it transmits on 15 GMRS channels and 8 repeater channels, but now it's with more flexibility. The MXT400 was limited to narrowband on these frequencies, which was a source of frustration among GMRS power users who needed to interoperate with other GMRS radios using wideband. Midland certainly listened and made note of this. The MXT500 makes this bandwidth selectable, so you can choose between narrowband and wideband operation as desired.

NOAA Weather Radio
Another quibble many GMRS users had with the MXT400 was the lack of a NOAA weather channels and alerts. Other models in the MXT Micromobile series such as the MXT105, MXT115 and MXT275 had this, so why not the one at the top of the line? It was a fair question, and one that Midland subsequently addressed. The MXT500 has a built-in NOAA weather radio, complete with a WX button on the front panel for full access to the weather band.

Split Tones and Codes
Yet another item of contention was the lack of flexibility with privacy codes. The MXT400 simply didn't have any. While not a cause for concern with anyone using the radio for general simplex operation, those needed to access GMRS repeaters found it difficult to do so if said repeater used different tones or codes to transmit and receive. This is not an issue with The MXT500. It features split tones, allowing you to set one CTCSS tone or DCS code for transmitting on a channel and a different tone or code to receive a signal. It may seem a minor upgrade to some, but an important one for power users nonetheless.

Other Features
Many of the other features inherent in the the MXT400 are also retained in the MXT500, including the adjustable squelch, voice compander, talk around, silent operation, monitor function, timeout timer and, obviously, channel scan. However, the MXT500 adds a little extra to the scan function called Scan Skip, which lets you omit or "opt out" of scanning specific channels when performing a scan. 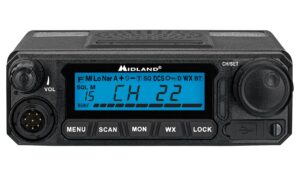 The enhancements and upgrades aren't limited to internal features. There are several aesthetic and physical changes that make the MXT500 an attractive update to the MXT Micromobile series. For instance, the display of the MXT400 had 6 brightness levels, but was limited to one static color, orange. The MXT500 keeps the adjustable levels and adds 7 color options, allowing you to customize the display color to your personal taste.

More and Better Connections
The front panel sports a few physical changes, the first to note being the most obvious. The channel selector knob is moved from the left side of the front panel to the right. Then comes the control panel. The MXT400 has three buttons, the MXT500 has five. The MXT400 speaker mic uses an RJ45 connector. The MXT500 uses an 8-pin DIN style connector. The MXT500 retains the SO-239 antenna connector and 3.5mm external speaker jack and adds a 5-pin intercom jack to connect a TA5 mini XLR intercom or headset. 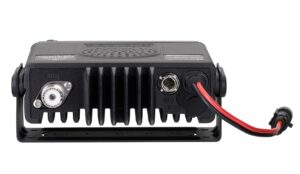 One other physical attribute worth noting is the USB port. The MXT115 and MXT275 had one, but it was noticeably missing from The MXT400. The MXT500 has a USB-C port, which can be used for fast charging other devices, such as a tablet or smartphone. It can also be used to program the radio, which brings us to one of the most exciting features of this new mobile.

Dust and Water Proof
The final upgrade to note is improved ruggedness and durability. The MXT500 is rated IP66 dust and waterproof for added protection against the elements. If you're offroading or engaging in other extreme outdoor activities, this radio is made to mount in your jeep, ATV or UTV.

Easy to Use
As you've read here, the MXT500 is certainly a significant upgrade to the MXT400, with a lot of new and exciting features. But for all the improvements, one thing has not changed, and that is its ease of use. One of most appealing aspects of the MXT400 is its simplicity of operation. The MXT500 retains that, too. Of course, we always recommend that to get the most out of any radio, it's important to RTM (read the Manual) first. However, like all of the other Midland micromobiles, the MXT500 is extremely easy to set up and use, with or without the manual. And that makes the biggest difference of all.

The Midland MXT500 is now available to ship from our warehouse at Buy Two Way Radios.